Ladies and gentlemen it’s Voices From The Fog! Welcome to the history of culatello brought to you by Volpi Foods. A little background on culatello. Like all good things, it comes from squalor and the greater human discovery of deliciousness through survival. Although it took a while, culatello made its way into the dainty and beloved hands of the aristocracy. Now, the serfs who invented it continued to eat their culatello at a reasonable cost and eat a peasant bread called misery. Yes, they had no illusions about their place in the world. Composer of Music and Fine Meats

Famed composer Giuseppe Verdi grew up in Busseto, a town near Parma and the official home of culatello. He was an apt and able thirteen-year-old student of music and immersed in this beautiful little cobble street town that now serves as a beacon for all things Verdi and culatello.

This master of opera came of age as the child of well-to-do landowners near the Baratta Salumeria that even had an old windmill nearby fitted to age culatello. It doesn’t seem that surprising that as he became popular, he hid his privileged background and continued to frequent the Baratta Salumeria and sit and eat his favorite culatello with the kinds of people who created it. By the way, Giuseppe lived into his late 80s and although I’m not a doctor, I’m gonna say it was all the salty meat. Taking a step back in history, culatello was earliest mentioned in 1735 in a manual that kinda served as the Blue Book for porcine prices. Only 19 cents for three-quarters of a pound, not shabby! But I think that was still like $10-$60 bucks today… I don’t know. Speaking of today, a USDA ban that started in 1963 and lasted 50 years, ended not long ago. Let’s hope the future brings ships stacked to the brim with this awesome sliced ribbon thin beauty of the cured meats world. We salute you culatello! 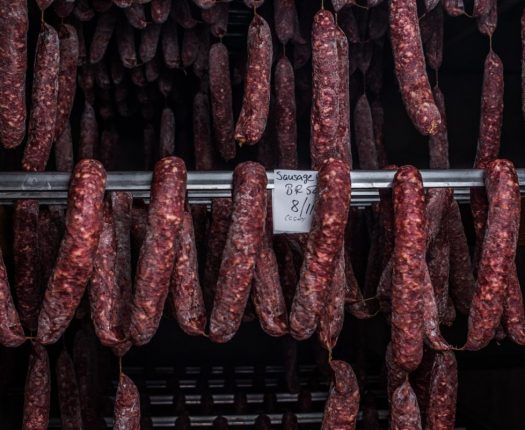