Lobster and butter. Think this godsend of a culinary match can’t get better? We put chorizo in the butter, baby. You’ll probably want to make extra and slather it on everything. Grilled lobster with chorizo-lime butter is that good. Get crackin’.

Prepare a fire for medium heat (medium-high for a gas grill).

Combine the butter, Chorizo, lime juice, and cilantro in a small saucepan and melt over low heat or on the grill.

To dispatch the lobster, cover the body and claws with a kitchen towel. Take the tip of a very sharp knife and position it at the base of the head where it meets the body. Quickly pierce the head and make a small slit in the head moving towards the tail. It’s OK to be empathetic, but the lobster is gone now, so don’t feel too bad, even if it continues to twitch a little. Remove the claws from the body and remove the protective rubber bands. Insert the knife into the slit again and Push knife all the way down, cracking the tail in half. Then split the head in half.

Put the lobster’s flesh side up on the grill and spoon some chorizo-lime butter over the top. Put the claws on as well. Cover the grill and cook until the meat is opaque and the shells turn red, 8 to 10 minutes. The claws may take a couple of minutes longer than the tails. 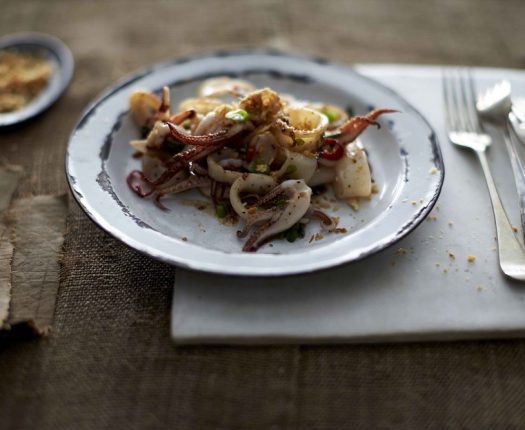