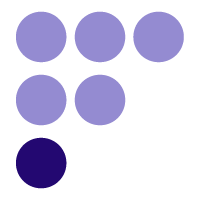 Eggplants made their first appearance in southern Italy centuries ago, about the time that the popularity of tomatoes was on the rise. So eggplant parmigiana quickly evolved into a standard, and easily made the jump to the vast Italian-American repertoire. We give ours extra crunch with panko breadcrumbs, a no-fail way to keep the eggplant crispy. It’s a delicious history lesson.

Pour oil to a depth of 1/2-inch in a large, deep heavy skillet over medium-high heat. Meanwhile, place the flour in a wide, shallow bowl. Put the eggs in a separate wide, shallow bowl. Mix the panko and 2/3 cup of the Parmigiano in a third wide, shallow bowl. Working with one round of eggplant at a time, dredge in the flour, then dip in egg, then dredge in the panko mixture. Arrange in a single layer on a sheet pan. When the oil is hot but not smoking (if you have a thermometer, look for 365 degrees; if not, drop a breadcrumb in the oil and it’s ready when the oil bubbles), fry the eggplant rounds in batches a single layer, flipping halfway through, until golden brown on both sides, about 5 minutes per batch. Allow the oil to return to temperature before frying each batch. Transfer to a sheet pan fitted with a wire rack and lightly season with salt and pepper.

We’ve got a tasty and easy marinara sauce for you already! Check out the Gnocchi with Pomodoro Sauce recipe for the win. Store-bought is fine in a pinch, however. Choose a good one. This dish deserves it.